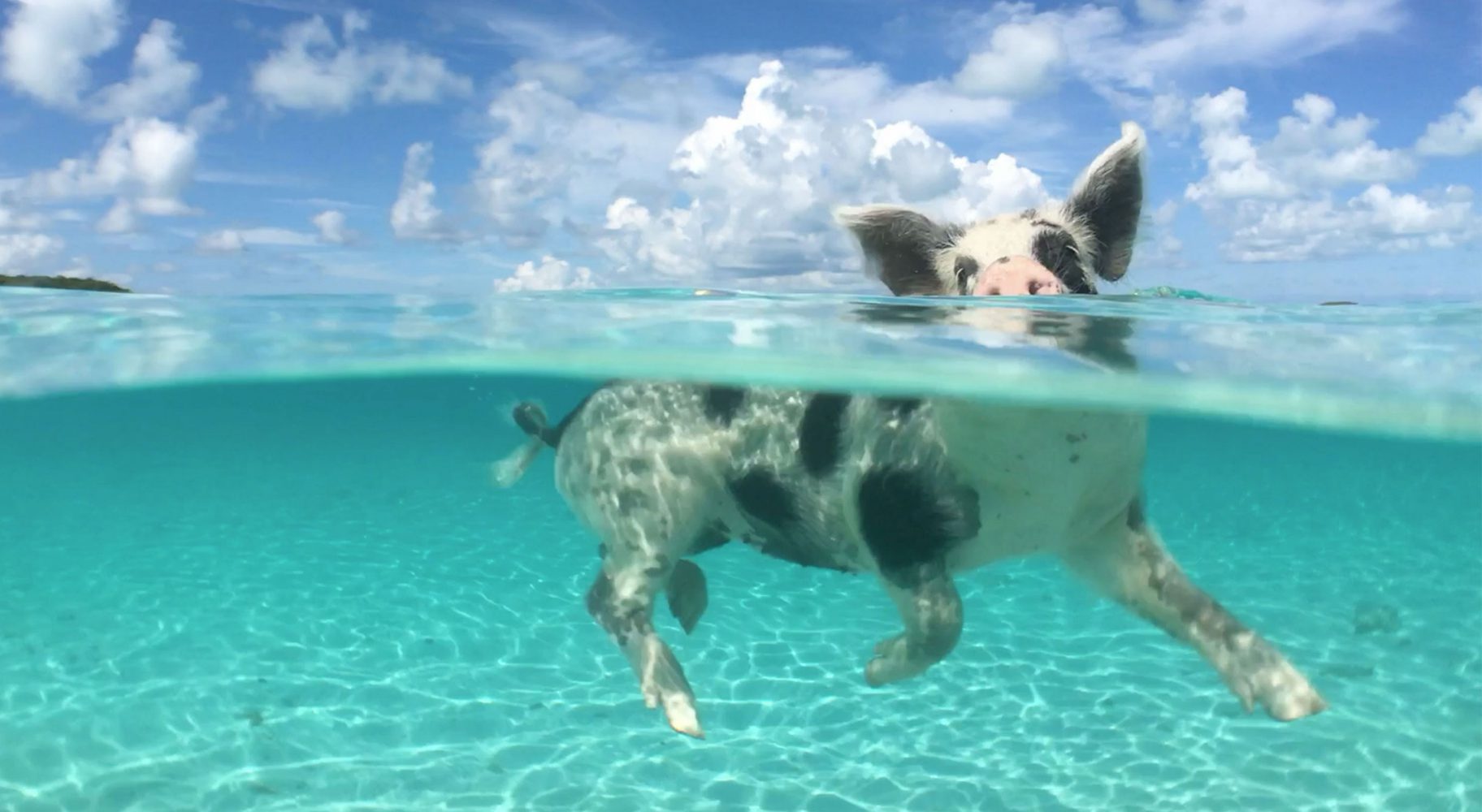 Our fully integrated campaign, “It’s not stock. It’s Shutterstock.” set out to change the world’s perception of the word “stock” and of Shutterstock. The combined push across print, digital display and social increased Shutterstock’s site traffic, branded search, and impressions YoY. The Fyrestock video became a viral sensation with over 2 million views in 2 weeks. 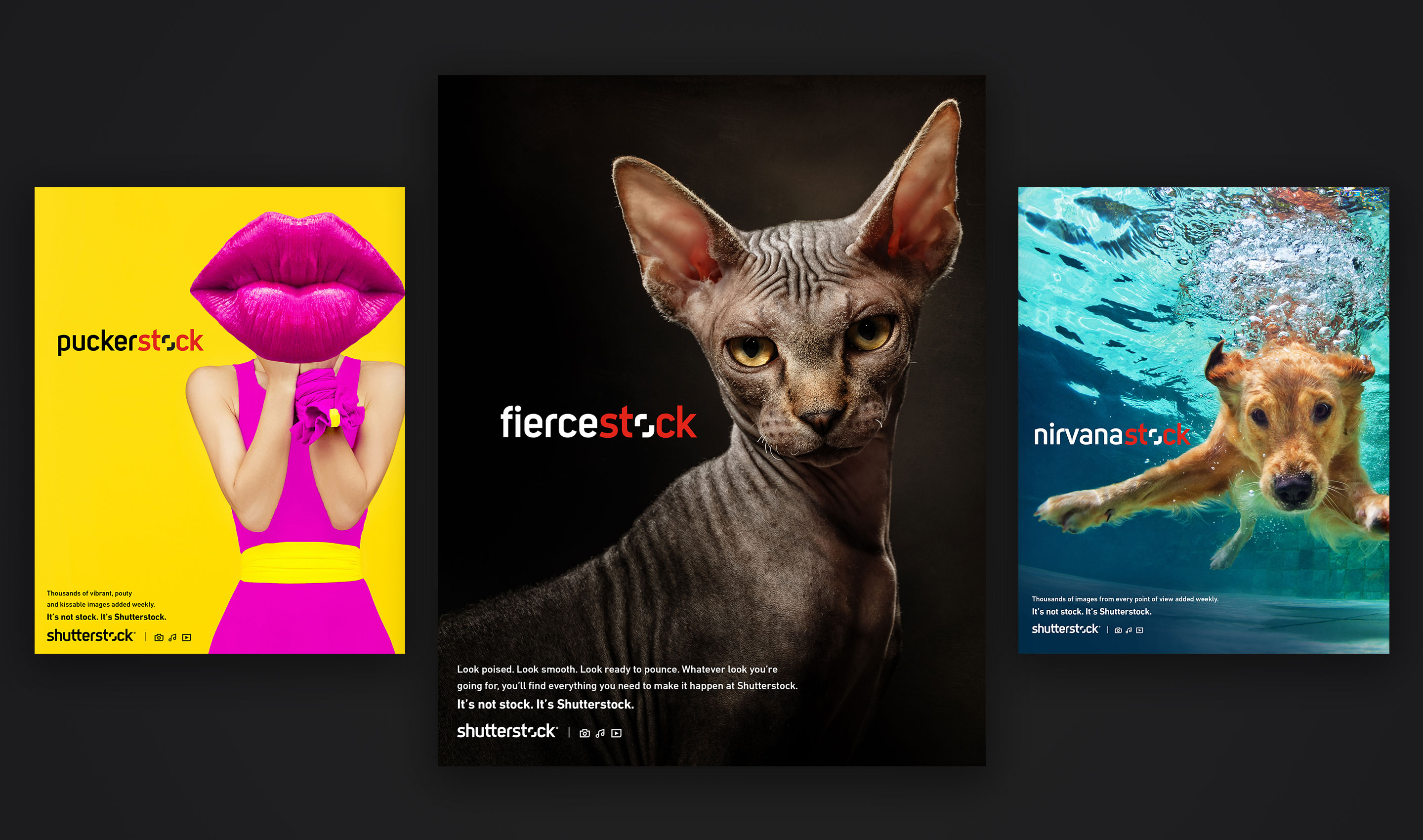 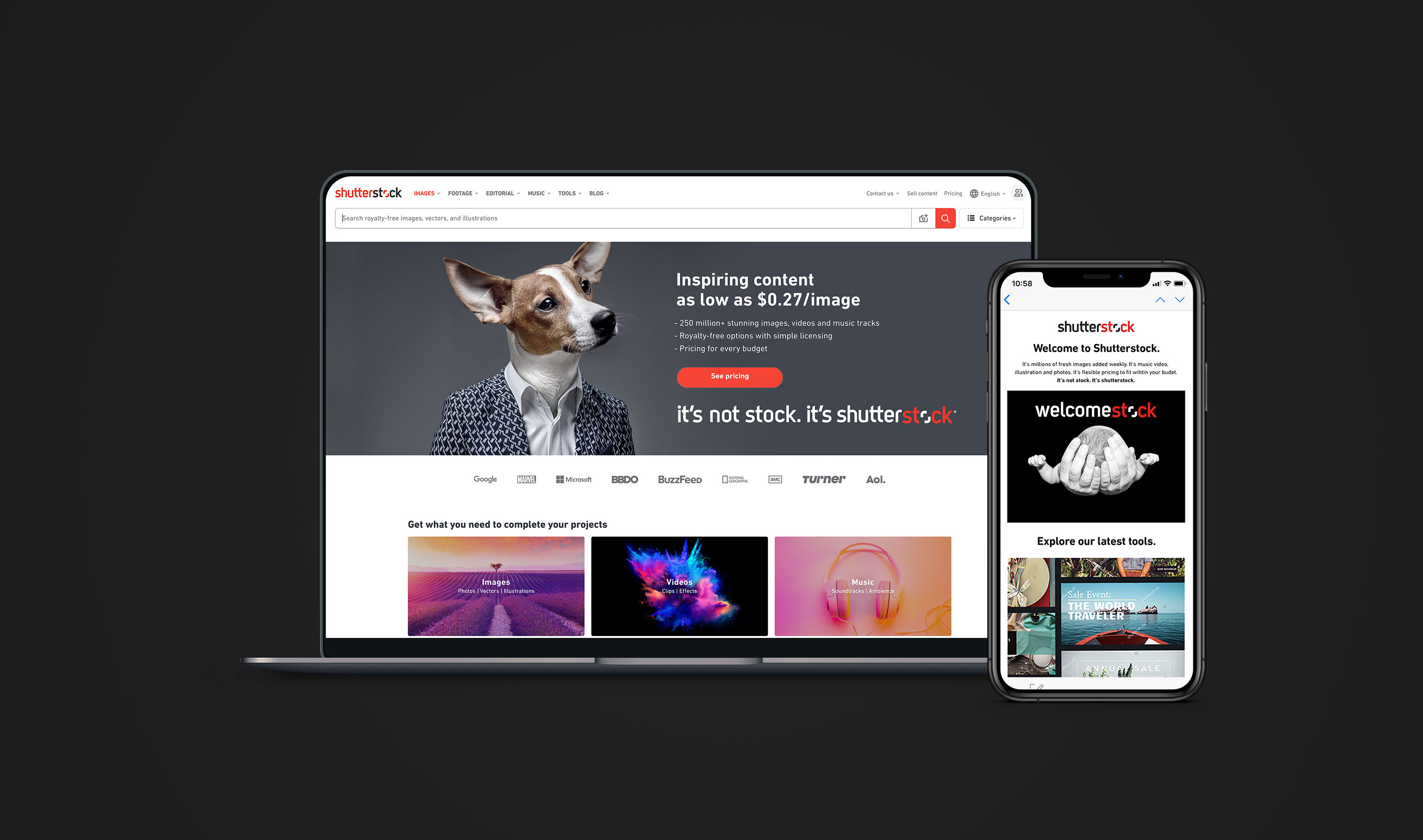 During the time of our campaign launch, the news was abuzz about two competing films documenting the disaster of Ja Rule & Billy McFarland’s music festival. We had already presented to the client a video concept to parody commercials using only Shutterstock footage and we realized the million dollar promo video for Fyre Festival would be a worthy example.

We cut and went live with “Fyrestock” in just a few days. And though we released it on Shutterstock’s owned channels, the video received attention on earned media, globally. We would continue to entertain and build brand awareness with additional “culture-jacking” videos.

For the 50th Anniversary of the Moon Landing, we created a countdown to the day which included a ‘tribute’ video plus fun posts playing into conspiracy theories. All efforts drove to a conversion-driving landing page.

Our campaign was tested in 16 countries outside of the U.S., starting with animated banners. We worked with a transcreation agency to ensure the concept, copy & images worked in the different cultures. 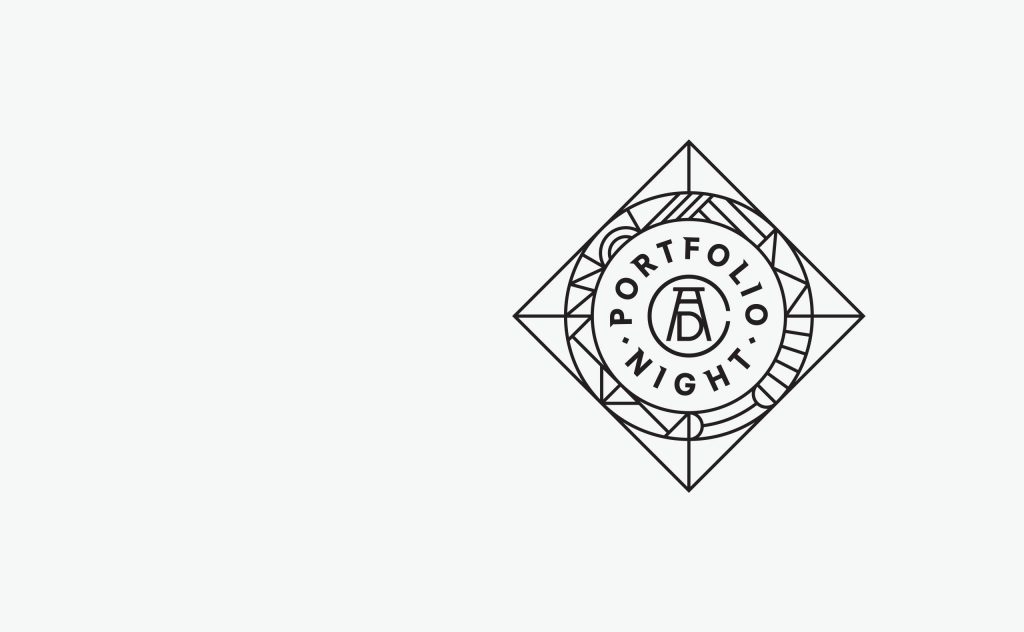 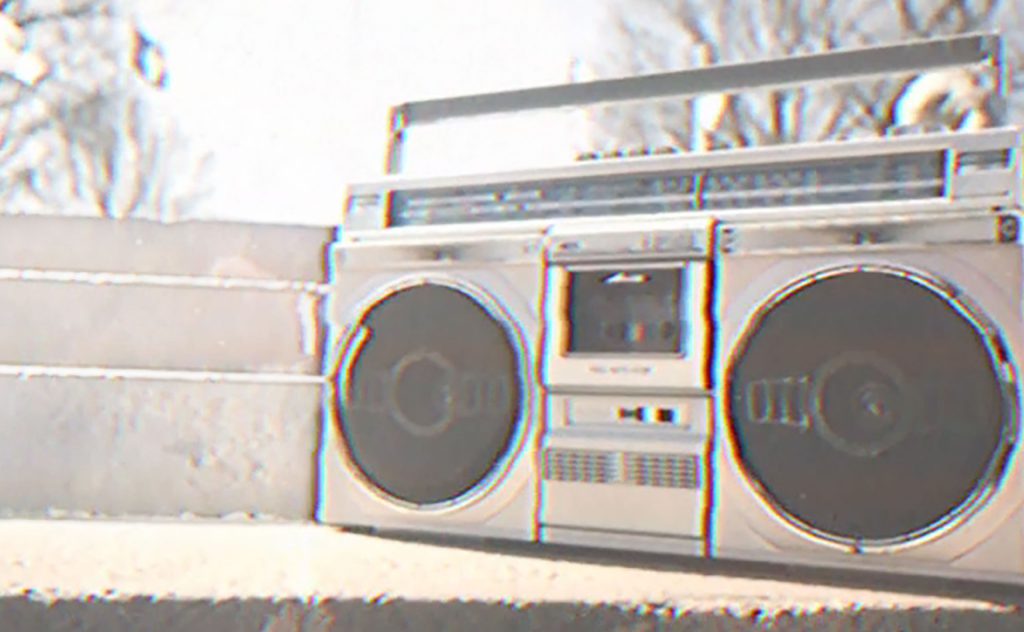 Boogie Down at the Bronx Zoo